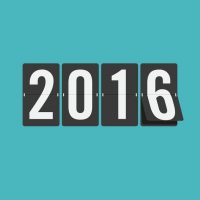 January saw KwikChex visiting clients and carrying out investigations in the UAE and Asia.

We were once again particularly indebted to long term KwikChex clients and friends Max Hart and Dong Chi Thuy of the Kangaroo Café Hanoi for the information they were able to provide and their kind hospitality. They were, along with others on our tour, able to point out many examples of online review fraud in the region.

Almost £5000 recovered on behalf of an 88 year old who had been duped by a rogue business. KwikChex investigated and assisted recovery after his son contacted us for help. We were delighted to receive the following praise.

“Thank you KwikChex for helping get my 88-year-old father’s money back. He was clearly taken advantage of and had been mis-sold services costing him nearly £5000. With advice from KwikChex, and the template letter they prepared for us, we were able to recover all the costs from the credit card company. This was a real bonus as we thought pursuing the money would be a lost cause.”

Two complaints filed with the ASA by KwikChex as part of our role leading the Grupo de trabajo sobre la multipropiedad are upheld. The first against Timeshare Relief UK and the second against Spanish based business Easy Consulting SL

Another great review for KwikChex – this time from one of our commercial clients.

KwikChex interviewed once again on the BBC

Chris Emmins of KwikChex is interviewed on BBC Radio Humberside – providing consumers with expert and invaluable information on problems with online reviews, including ways to spot and check out fake reviews.

On 12th of June at Milton Keynes Count Court, KwikChex acted as witness on behalf of two UK pensioners, Harold and Brenda Walker, who were claiming back over £7000 from Seychelles registered business International Timeshare Refund Action (ITRA).  The judge ruled in favour of the claimants and Harold Walker had this to say “Had it not been for the actions; dedication and encouragement of Chris Emmins and his team at KwikChex it is highly questionable whether we would have been able to pursue this action through to a final successful outcome against ITRA. We would encourage anyone who is or have been victim to similar treatment as experienced by us with ITRA to make contact and place themselves in the safe and trustworthy hands of KwikChex.”

The ASA ruled in favour this month of two more complaints of misleading advertising brought by KwikChex.  The first was against holiday business ‘Love All Inclusive ‘who had falsely been displaying the ABTA logo on their website and fraudulently claiming to be licensed by the UK Ministry of Justice. Then later in July, another complaint was upheld against European Claims Centre LLC, trading as Timeshare Advice Centre (a part of the ITRA network) regarding false claims made on their website.

KwikChex appears on BBC television again – this time exposing how fraudsters can easily set up fake websites, backed by fake reviews to fool consumers and giving advice on how to avoid falling prey to scammers.

The Sun covers how KwikChex exposed thousands of fake reviews being placed on TripAdvisor’s Chinese site “Chris Emmins, co-founder of KwikChex, found some “amazingly prolific” Chinese reviewers – including one who posted 2,633 hotel and attraction reviews in four years. Another “reviewer” claimed to have stayed in 51 Paris hotels in a single month – while at the same time posting reviews on 50 other hotels in several other countries.”

The results of inquiries to KwikChex from BBC Scotland regarding the activities of Monster Travel / SellMyTimeshare.tv are seen in a BBC Scotland Investigates programme.  The programme confirmed consumer reports made to KwikChex – “it was clear from the outset that Sellmytimeshare.tv had no intention of paying the £9,400 that they talked about over the phone. The undercover reporter was told: “We can’t sell the timeshare because no one’s buying them so we certainly can’t get that money back for her.” The advisor then gave Fergus a series of figures, which included him paying thousands of pounds upfront that day.”

The Mirror’s investigative journalist, Andrew Penman publishes results of a KwikChex investigation into a fake consumer website. KwikChex was quoted in the article.

After being alerted by KwikChex, the Mirror newspaper publishes a story revealing that the Timeshare Consumer Association website is being controlled covertly be a business with multiple consumer complaints against it. Penman reported: “The business vetting site KwikChex approached the TCA, posing as a consumer wanting to sell a timeshare. “The response from the TCA stated that it had done due diligence on sellmytimeshare.tv ,” said KwikChex founder Chris Emmins, “and provided a link to a report implying the business was outstandingly successful in selling and disposing of timeshares. We would dispute the claims. “No other businesses were included in the reply.”