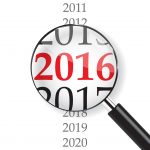 El Grupo de Trabajo de Tiempo Compartido, which is managed by KwikChex, has produced an unparalleled series of results for consumers during 2016.

The free service has become increasingly vital and more used  by consumers in the last 12 months, with the Comprobación del negocio de tiempo compartido website playing the leading role in consumer protection and assistance. The site has been a very effective resource for consumers seeking advice on businesses across the timeshare spectrum – from advising caution through to winning back monies for consumers and helping timeshare owners understand and exercise their legal and contractual rights.

Consumers contacting KwikChex via the Timeshare Task Force resources have benefited from:

Every single case has been assisted by KwikChex entirely free of charge.

The court case won against ITRA

The highlight of the year must be the support KwikChex provided to Harold and Brenda Walker, who came to KwikChex with concerns about monies they had paid to ITRA –  International Timeshare Refund Action. It was obvious from the outset that ITRA had made false promises and misleading statements in order to persuade the Walkers to pay over £7000.  Requests to ITRA for a refund were either ignored or rejected, so the only option was to take ITRA to court. Even though the Walkers were using the Small Claims Court, ITRA used the services of a specialist law firm and a barrister in trying to defend their actions – so KwikChex appealed for help from the RDO – the Resort Development Organisation, who responded with funding for similar representation for the Walkers. KwikChex went on to provide evidence and acted as a witness in court in support of the Walker’s claim. The judge subsequently ruled for the Walkers, declaring the ITRA actions illegal and the contract null & void. The Walkers were awarded a full refund and costs.

It would be difficult to imagine a nicer couple than Harold and Brenda Walker – both in their 70s, they epitomise human decency and civility. Brenda was at the time undergoing treatment for cancer, which added to the stress caused by ITRA’s deceptions.  Sadly, Brenda passed away not long after the case against ITRA was won, but Harold was so kind to say how much she had appreciated what KwikChex had done.  And in reality, as was quickly demonstrated by KwikChex, the couple had no need of the alleged services that ITRA said they would provide regarding relinquishment – because their timeshare was with an RDO member and they were entitled to a free relinquishment, which was subsequently arranged. ITRA lied about many things, including telling the Walkers that their children would be liable for their timeshares as their heirs and then tried to use ‘legal muscle’ to defend what should have been the indefensible. They failed – and now the publicity from the case has resulted in more consumers coming forward keen to take legal action against ITRA.

Read the full story in the Daily Mail – https://www.dailymail.co.uk/money/bills/article-3709511/Couple-win-7-000-victory-faulty-timeshare-contract-following-18-month-legal-battle.html

During 2016, KwikChex has continued to work closely with the police, Trading Standards and various regulatory authorities, providing vital evidence and intelligence on rogue operations.

Responses by KwikChex to police requests have resulted in the opening of a formal criminal investigation.

In addition, an initiative in cooperation with the Information Commissioner’s Office (ICO) to stop Data Protection offences, including unsolicited contact and data theft is now well on the way to producing evidence that is likely to lead to prosecutions.

KwikChex also exhibited at and presented a session at the Consumer Affairs & Trading Standards Conference and Exhibition in 2016 – providing new ways and means of detecting scams and helping to bring the perpetrators to justice.

The work will continue in 2017 and will include the continuance of free assistance to consumers, responses to requests by Citizens Advice for the provision of update advice, participation in the 2017 Consumer Affairs & Trading Standards Conference and active support in both civil legal cases and criminal prosecutions.