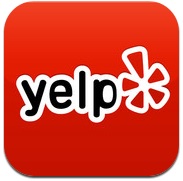 It’s been almost a year and a half since Yelp began issuing Consumer Alerts when a business on its site has been caught trying to get fake reviews; but after a cautious start, that program appears to be turning up the heat.

According to an interview with CEO Jeremy Stoppelman in The Telegraph, Yelp has now slapped 285 businesses on its website with Consumer Alerts.

When Yelp issued its first set of Consumer Alerts in October 2012, only eight local businesses were hit. Then last August, Yelp revealed that it had issued its second round of alerts. No specific numbers were shared, but the company told us it was a “similar number” to the eight that were hit before. If we estimate that second round generously, we can assume that maybe 20 to 25 businesses total had been hit as of last August.

In other words, in the past six months, Yelp has gone from a couple dozen to nearly 300 Consumer Alerts.

The heat is on.

The Alerts are a pop-up that shows on a Yelp business profile page and warns consumers that a Yelp sting operation has caught the company trying to acquire reviews by buying them, offering gifts or discounts, or some other way that Yelp doesn’t allow.

Above excerpts and read the full article on www.searchengineland.com